The safety and well-being of our families, community, and employees is our top priority. We are proudly providing Live Streaming Services.
Learn what we're doing to keep families safe in response to Coronavirus (COVID-19).

We have years of experience caring for families from all walks of life, cultures and faiths. Our unsurpassed staff and our family provide kind, caring, professional service. Each family comes to us because they know we are leaders in our profession who are dedicated to excellence in service, adhere to the highest funeral industry standards, and have exceptional integrity. We consistently earn phenomenally high customer satisfaction survey results.

Our licensed, professional staff is here for you 24 hours a day, 7 days a week. Please call 626-334-2921 anytime. We will even come to you to make arrangements in the comfort of your home.

Prompt, compassionate service is always just a phone call away, where and when you need it. 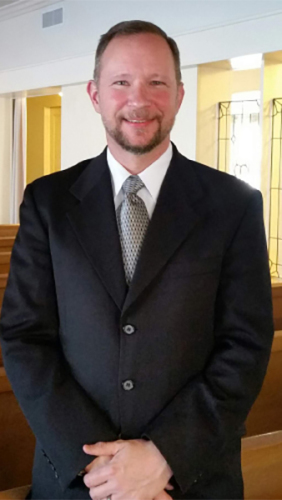 Russ Donaldson grew up in Philadelphia, Pennsylvania. After high school, Russ moved to Cincinnati, Ohio to attend Xavier University, where in 1987, he earned a Bachelor of Science in Mortuary Science degree. He then attended the Cincinnati College of Mortuary Science, where he earned an Associate of Applied Science degree, also in 1987. After an apprenticeship in Columbus, Ohio, Russ returned to Cincinnati. As a licensed funeral director and embalmer, Russ thrived in his work environment, eventually rising to the position of manager. Russ left full-time employment in the funeral industry to attend culinary school in Cincinnati, where upon graduation, Russ and a classmate started what became a very successful catering business. All the while, Russ did not stray too far from the business, as he was the pre-need counselor for one funeral home and a trade embalmer for another. In 2012, Russ decided to follow his heart and move to Long Beach to be near the love of his life. Upon moving to California, Russ obtained his Embalmer and Funeral Director licenses just in case he had the opportunity to join funeral service once again. Russ worked for his husband’s construction company until hearing about the managing partner opportunity at White’s Funeral Home. After meeting the very dedicated staff, Russ knew immediately that this is where he wanted to continue his career.

When not at work, Russ can be found at his cabin in Twin Peaks relaxing and raking up pine needles. Spending time with friends and family is also very important. “Life is meant to be enjoyed. Slow down and feed the birds, chipmunks and squirrels.” 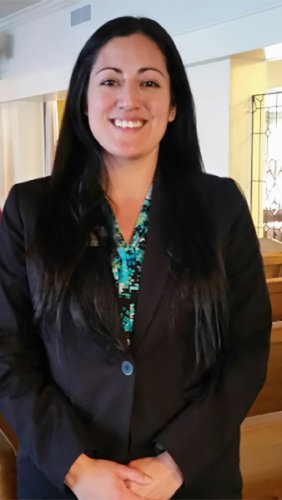 Kathy is a longtime resident of the foothill area. She is a graduate of Cypress College and is a licensed funeral director and embalmer. Always friendly and willing to help in English or Spanish, Kathy has been honored to serve many families in their time of need. In her spare time she enjoys live music, being physically active and spending time with friends and family. 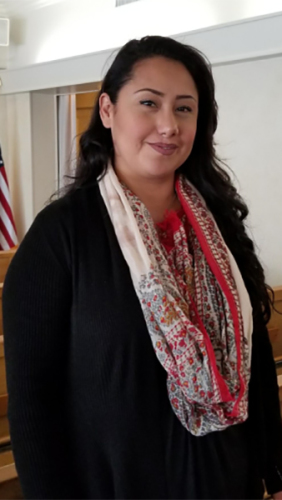 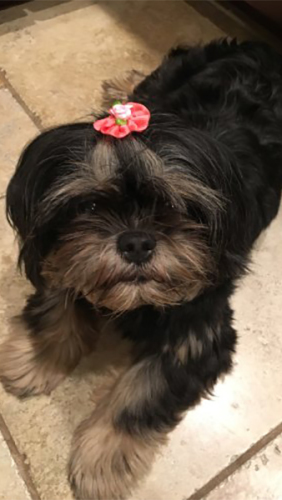 Daisy is a rescue who came into Daddy Russ' life in July of 2017. She was thought to be about 3 years old at the time. As a Shih Tzu she is very calm in demeanor. Well, until she is ready to play fetch which is a favorite pastime while at the funeral home as the openness gives her the opportunity to run all over and have Daddy Russ chase her. She is not a therapy dog, but would love the opportunity to let you fuss over her a bit to make you feel better.

You are welcome to call us any time of the day, any day of the week, for immediate assistance. Or, visit our funeral home in person at your convenience.