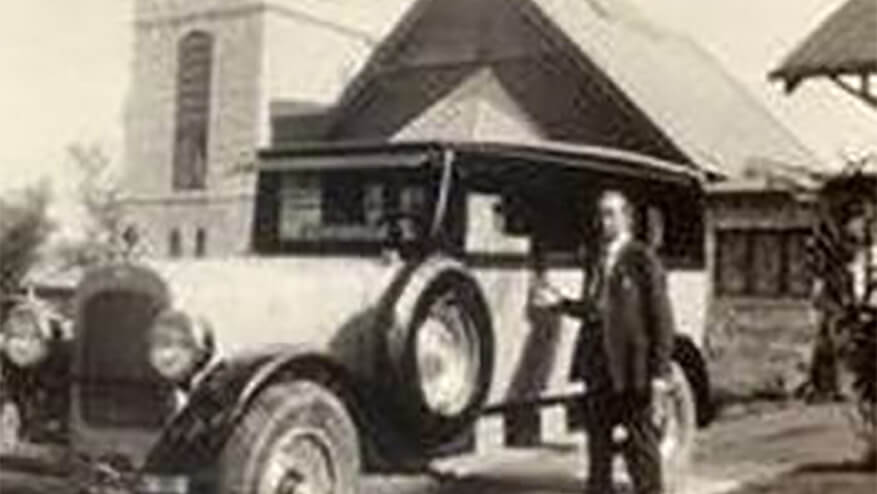 In 1917, White's Funeral Home was founded by Dan and Grace White. It is now in its third generation of continuous service and serving all faiths.

Dan White, a Missouri native, began his career in the historical combination furniture and undertaking business. Preferring the opportunity to help families who have experienced a death, Dan became an undertaker only, which eventually became a lifelong experience.

In 1926, like many funeral establishments at that time, he started an ambulance service. Owning a vehicle that could be used to carry a casket horizontally or the placement of a gurney, they served all neighboring communities. Even today, decades later, many share stories of newborn mothers being returned home at no charge from the hospitals where they gave birth.

Families have individual needs, whether burial, entombment, cremation or shipment anywhere in the world. Our prices are fully itemized to ensure payment is made only for the services personally selected by the family. However, for ease of selection, packages are offered to families who select a casket from our wide offerings. Regardless of the disposition, the choices should be meaningful and comfortably affordable.

White's Funeral Home, recipient of the international Order of Golden Rule Public Approval Award, has also received the Outstanding Service Award from the California Funeral Directors Association. The White family and mortuary staff have been affiliated with numerous civic, fraternal, religious, county, state and national organizations. "WE ARE HERE FOR YOU."

About Us
Testimonials
Meet Our Staff
In Our Community
Our History